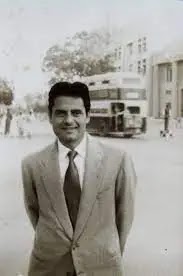 Abdul Hameed Aka A. Hameed

Abdul Hameed is considered to be one of the most prominent fiction writers in the Urdu Language. He is the writer of Famous and blockbuster of all time Children Drama Ainak Wal Jin. He was born in India (Amritsar) on 25th August- 1928 and later moved to Pakistan after India’s Partition. In Pakistan, he joined Radio Pakistan in the capacity of a staff artist and started writing radio features and plays.

In 1980, he resigned From Radio Pakistan and moved to the USA, and joined the VOA (Voice of America) as a Producer. However, his love for Pakistan brought him back to Pakistan. Now He Started His Career as a writer and wrote many of his books over two hundred short stories, plays, and novels till his death. He was mostly known by the Name A.Hameed.

“Manzil Manzil” was A.Hameed’s first story and published in the prestigious journal Adab-e Lateef got an overwhelming response from the readers. He actually was a writer by birth. These distinguishing features of his writing brought him a huge readership. In the 90s He wrote The Famous serial play entitled Ainak Wala Jin for children. This Serial was a big hit of his time not even in the children’s but the elders of that time. He also used to wrote columns in the National Newspaper. He was awarded Pride of Performance by the Government of Pakistan. His Novel Series named Mout Ke Taaqob Mai (Pursuing the Death) Urdu series has 300 hundred episodes